The Self Help Goddess gets publicity!

This article was just published by USNews. Check it out here or read the full text below.

In a Recession, Hiring Celebrity-Style Coaching Pays
Professionals pay experts to shape their image and careers in response to the recession
By Kimberly Palmer
Posted March 3, 2009

When Mary Knebel, a 30-year-old in Washington, DC, was laid off from her corporate job last December, she wasn't sure whether she wanted to find a new one or follow her dream of launching her own website. To help figure it out, she hired Kimberly Wilson, a yoga teacher, author, and business woman who offers one-on-one mentoring sessions for $150 per hour. "[Wilson] was helpful in giving me the confidence to go forward and say, 'This is possible,'" says Knebel.

Knebel is one of a growing number of professionals hiring coaches to help them achieve their dreams amid the recession. Whether it's to find a new wardrobe for a job search or to get business advice for a new venture, people often turn to coaches during times of transition. "The primary reason is that they're not achieving their goals in the workplace, and they want some help to position themselves for upward mobility," says Lois Frankel, author of Nice Girls Don't Get the Corner Office and president of Corporate Coaching International. One growth area has been from people affected by lay-offs. "We're finding that as people get laid off, they're trying to figure out why were they laid off and not someone else?" Frankel adds.

The most common goal is to earn more money, says Bill Dueease, founder and president of Fort Myers-based Coach Connection, which helps connect clients with coaches. "With people getting laid off and saying, 'I don't want to get back in the rat race,' that's the perfect time to hire a coach," he says.

Finding a good coach. All coaches, though, are not created equal. Frankel warns that when it comes to business coaching, it's important to make sure the coach has specialized expertise and experience. She recommends looking for people who have 20-plus years of experience working inside a corporation, masters degrees or higher, or a certification from the International Coach Federation. According to a recent survey by Harvard Business Review, the median cost for one hour of coaching is $500 and ranges from $200 to $3,500.

That warning also goes for life coaching, which is sometimes called personal coaching. "It's not regulated, so everyone can call themselves a coach. Maybe 50 percent of the time, they are not providing coaching," he says. Websites like his FindYourCoach.com, which has screened thousands of coaches, can make sure people find trained coaches.

Getting started. For business coaching, the first step is to give the client feedback about how others perceive them. "A seasoned coach can usually sit with someone for an hour and figure out why they're not getting promoted," says Frankel.

Frankel once coached a manager who was surprised to hear that his employees felt he didn't care about them. To fix that problem, Frankel recommended that he hold more staff meetings, offer personal development in the form of guest speakers, meet one-on-one with staff at least once a quarter, and walk around the office more for casual chats. Frankel calls that last technique MBWA, or managing by walking around.

Another client, an information technology professional, tended to talk too much in meetings and dominate the conversation. Frankel suggested that he never speak first in a meeting and that when he did speak, it should be to comment on what others' had already said. That way, says Frankel, he learned how to become an active listener.

Life coaching, says Dueese, usually starts with a conversation about who the client is and what his preferences are. "The coach asks questions about you to get you to open up and reveal things that you've never revealed before," he says. The coach might start by asking what the client thought about when he first woke up in the morning, for example. "You discover what all of your passions are, and what the self-imposed obstacles are," Dueese adds.

Looking good, feeling good. Rachael Shayne, a style coach based in San Jose, Calif., starts sessions by examining clients' current wardrobes. Usually, she says, clients come to her when they're at a crossroads: They have a new job, just got divorced, or are celebrating a big birthday. Shayne recommends purging some items from their closets and then helps them build a wardrobe that reflects their lifestyle. One common mistake she finds herself correcting is that people often have closets full of clothes, but too few high-quality pieces they love. "Buying the best shoes you can afford means they're more comfortable, they look better, and then you carry yourself well when you have some of that confidence," she says.

While some people might feel they can get this kind of advice by watching shows such as TLC's What Not To Wear instead of paying several hundred dollars for a coaching session, Shayne says the difference is customized advice. Sometimes, people need to be told that they can explore different color combinations or move away from a comfortable polo-and-chino pairing. Shayne says she often encourages working women to experiment with color. "If you get too matchy-matchy, it can be very aging. Instead of wearing navy with cream, try wearing it with lavender, or olive with mint," she says.

Making dreams come true. Before Kimberly Wilson meets with clients, she asks them to fill out a questionnaire about their goals and vision statement. She says the women she works often want to grow or start a business, but they feel stuck. A mentoring session can help them see what they need to do to move to the next step, she says.

That's what happened for Camille Moses-Allen, a 26-year-old yoga teacher based in Baltimore. She was feeling stressed out and underpaid teaching 15 yoga classes a week. Wilson pointed out to her that she was spending too much time in the car and recommended that she create a website where she offered yoga-related services, including workshops, which can pay more than classes. Moses-Allen recently arranged to teach her first workshop and is in the process of creating her website.

"She helped me find out what would be more lucrative instead of giving 110 percent of my energy for something that wasn't working," says Moses-Allen. Wilson also offered some personal advice: Moses-Allen had suffered a bad break-up, and Wilson urged her to use the personal ads on publications such as The Onion and Salon to find someone new.

Since meeting with Wilson, Knebel began working full-time on her website, www.selfhelpgoddess.com, which she is in the process of expanding. One of her favorite pieces of advice was to "act as if you're already living the life you want to be living," down to what she'd wear and who she'd spend time with. Says Knebel, "It definitely had an impact."
Posted by Self Help Goddess at 3:37 PM 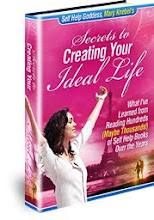 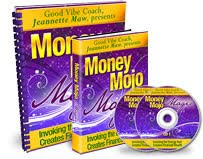 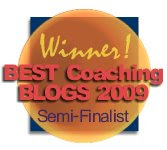